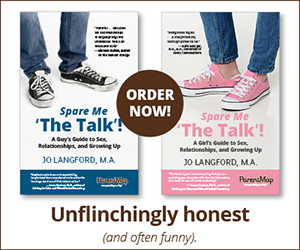 Wow. I don’t think it gets uglier than this girl’s shoes.  I don’t think she needs the talk.  She needs her own shoes.  These shoes are a contraceptive.

“I was waiting in the living room for my appointment with Shakuntala Devi, who was speaking with another visitor in the bedroom.”

Why is it that no matter how famous Indians get, they always want to ply their trade in a bedroom?

Jillian York,  who describes herself as a “writer and activist focused on the intersection of technology and policy” compiled a detailed and informative list of charities sending aid to Syrians caught in the crossfire of a civil war.

I found three ways to help that are interesting, and therefore more likely to be shared!

Staffed by two doctors and two nurses, this clinic in an Aleppo hospital serves 750 patients a month, including expecting mothers, laboring women, newborn babies, and children in need of vaccinations.  In addition, food, baby formula, and hygiene items are given to patients, free of charge.  It is entirely funded by donors, and provides vital care to the most vulnerable.  Here’s how to help.

Hand in Hand for Syria – (not listed on charitynavigator.org, but featured in the news)

Here is one of the few organizations able to work inside Syria.  This does two things; first, this alleviates suffering for those Syrians living in the worst conditions of all: like their refugee counterparts, they lack sufficient food, medical equipment, and hygiene products, but in addition, they live in extreme danger.  Second, distributing aid within Syria makes conditions more bearable, which may help stem the tide of refugees.  This, in turn, means less pressure on host nations, and more resources per refugee.

They even develop community empowerment  projects that “promote dignity and prevent the cycle of helplessness.”

Here’s how to help.

Small Projects Istanbul’s Scholarship Fund (not listed on charitynavigator.org, but featured in the news)

“Everyone wants to rebuild Syria, but without offering sufficient education in the camps, rebuilding will cost ten more years, just to train the necessary professionals.”  I was in the car, thinking about the teaching career I’ve planned when I heard a young Syrian man say this through an interpreter on the radio.  Enter Small Projects Istanbul’s scholarship program!  According to their website, they are “a group of volunteers who came together out of a desire to help refugees from Syria restart their lives in Istanbul.”  Although school in Turkey is free, there are still costs involved, just like public school in the US is free, but you still have to buy your own shoes to get there.

Here’s what they say about their progress so far: “The scholarship funding comes 100% from individual donations and thanks to our amazing supporters, 60 children have already been enrolled through this program.”  Here’s how to help.

The phone vibrated slightly as the screen yawned to luminescent life. “9 dead in India bus crash,” the “alert” read.

It was both startling, and infuriating. If news alerts had forms, this one would be an intelligent but completely untrained eight-year-old boy, running up to me as I was having my tea and reflecting, knocking over a vase and easel, to breathlessly sputter out some grotesquely inappropriate thing he had seen by the creek. If news alerts had forms, I would have slapped this one with a wet sea bass.

Whoever published the alert is, hopefully, an adult. I am an adult. Why am I, a thousand miles away from India, being told this? What could I possibly do that would outweigh the efforts of the local townspeople? Do I speak Hindi? Do I know the mayor? Do I even know to whom I would address a letter of outrage over the bus company’s gross incompetence and dubious safety record?

I am from Trenton, New Jersey. I know the mayor, the governor, and the library director, and I want to be inundated with alerts every time they even so much as misaddress a postcard.

I want to know exactly who signs the checks for Trenton Central High School’s $100m “reconstruction.” I want to know Thomas Jefferson Elementary School’s test scores, pre and post-razing. I want an alert every time Charles McKenna says or does anything. I want to know what Mayor Eric Jackson is doing to wrest my city from the tentacles of tyranny and avarice – from the corner, to the courthouse. I want to know every comment Governor Christie makes about “that school” from his gold-domed office in ‘that’ city.

Every time I receive a news alert about something I cannot change, I lose sight of another thing I can.

I dedicate this poem to my teachers, in whose ocean of brilliance, I am but a minnow.

Our once-great nation would do well to renounce her self-proclaimed title of “City On A Hill,” a guiding light by which others may judge their conduct and progress, and perhaps deign to learn something from those she seeks relentlessly to teach. We may say what we like about Saudi Arabia, for instance, but what is their rate of premarital sex?

An important statistic, this is the head of the giant, black squid called Hedonia; she, who with each slimy tentacle, crushes our fair United States. Her children are:

The million girls abandoned by fathers,
Then a million “men,” just boys, but taller,
The child whose mother must be his father,
The father who’s nothing, as the courts can’t be bothered,
These are the lucky, who escaped sanctioned slaughter,
Unscrupulous doctors took life from your daughters.

If this really is the land of the brave,
Why does our freedom require a grave,
For each innocent life that lust has taken,
For the only ones holy in this equation,
Pure, without error, their blood our debts paid in.

We sacrifice children to “career,” and “success,”
But are these decisions made under duress?
The closest we come to love is, “Undress!”
“A woman’s a slave,” they tell us, “unless,

“She puts money first, always giving her best,”
“To a fat oligarch at whose behest,”
“She leaves her house early to be at her desk,”
“And is told when allowed to work and to rest,”

Her eight-hour day far from complete,
She walks to “her” car, which she’s had to lease.
She drives to a suburb she cannot afford,
With desire her master, and credit her lord,
She is kept the edge of poverty’s sword.

The best for her child, she fights to provide,
She thinks it is measured in quarters and dimes,
While he is starved of the gifts most divine,
His father’s presence, and his mother’s time.

At home with her children, her time is her own,
Her husband’s wage allows her her throne,

Who is more free,
The Saudi, or she?

We are in an age of leadership by destruction. If we think this is a trend unique to the Arab world, we have only to look no further than our own capital city.

Founded in 1750 by Thomas Cadwalader, breathed life into by Benjamin Franklin’s donation of the first fifty books – having survived both the Independence War and the Civil War, and pre-dating the Free Public Library of Philadelphia, Drumthwacket, and the White House – the Trenton Free Public Library has become a nest of corruption.

Current director Kimberly Matthews has, by closing four of our five free public libraries, made it easier for the young sons of this capital of one of the original thirteen colonies of the greatest nation on Earth to find free crack than a free book.

Which street in Trenton does Director Matthews call home? Which library patrons does she see each morning, on her way to preside over the only library of theirs that she hasn’t closed, with the books, computers, and furniture inside?

Were the Federal Reserve shuttered, would all its billions be locked within its walls, left to the ravage of mold and ruin?

During a slideshow of the damage that has “occurred” inside each defunct branch, a photograph was shown of a hidden safe that had been expose during construction work.  This was the only point in the slideshow at which any interest was shown in what had been provisioned for the libraries with tax monies – when there was a possibility that there may be something of value to scavenge from its corpse.

When my sister and I first attended a board meeting in May, the door was locked for half an hour after the start time, while we were made to wait outside.  Subsequent meetings commenced on time, however, taxpayers are not allowed to breathe a word during the meeting, not even to ask a question of clarification of a word misheard.  Afterward, those tenacious enough to have found the meeting at all are expelled, so as not to disturb the board during their “Executive Session.”

Does any of that sound like America to you?

I challenge you to find the date of the next board meeting on their website:

When you don’t find it, because it’s been hidden, call the Circulation Desk at 609-392-7188, and ask when the next meeting will be held for tax-paying citizens of our capital city.

O Arab interjecting English buzzwords into your own speech, you interrupt yourself. You say you love English and all things American – what is your favorite Kipling poem? The first amendment to our constitution? Do you know how my people harnessed electricity, or invented the automobile, or ascended to a celestial body as iconic in your poetry as the moon?

Do you stop at stop lights, and do you give selflessly to animal shelters? Do you run five kilometers every season so that others may be freed of the bonds of poverty? Do you raise awareness of the plight of the mentally feeble? Do you know how many fine young men we lost in Vietnam? Can you name five country songs? Do you know Zbigniew Brzezinski, or Cyrus Vance, or any names not on satellite television?

Has your love of my homeland brought to the people of your homeland the freedom to worship as they choose, present dissenting opinions to all levels of government, and enter enterprise freely, with only their right and left hand, and a dream, or does your freedom consist solely of buying symbols of Western dominance?

O Arab who interrupts himself, may Allah guide you.